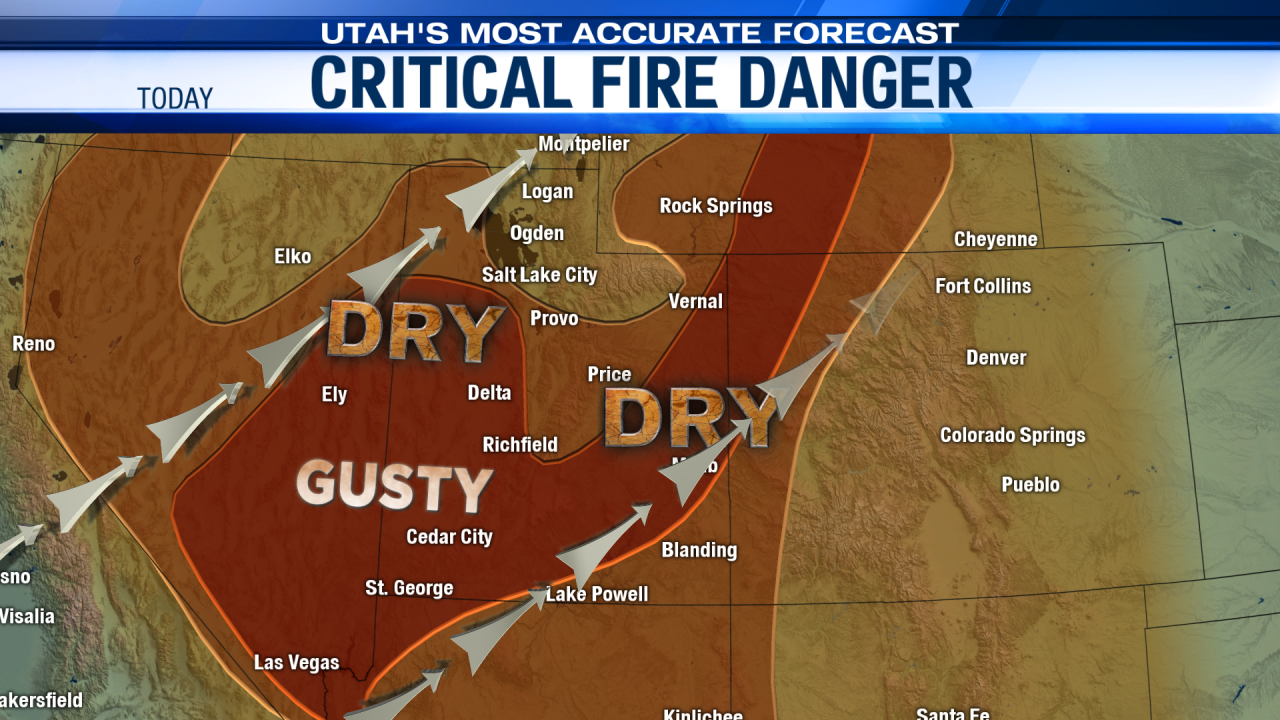 Southwesterly winds are increasing due to an impending cold front arriving early Thursday morning for Utah.

Late afternoon and evening will see sunny skies with a high daytime temperature in Salt Lake City of 91 degrees. However, the majority of the Wasatch front and northern Utah will be in the upper 80s.

With most of the region expected to experience sustained winds of 15-25 mph gusting up to 45 mph, our fire weather remains critical. Red flag warnings are in effect until midnight Wednesday for northern Utah and the Wasatch Front.

Although clouds will be mostly clear throughout the region this evening, winds will remain gusty at times, especially in northern Utah. This will help keep overnight temperatures low in the upper 60s for many, making for another balmy night.

Stay up to date with our high fire danger live or online at abc4.com/weather. We are There4You.