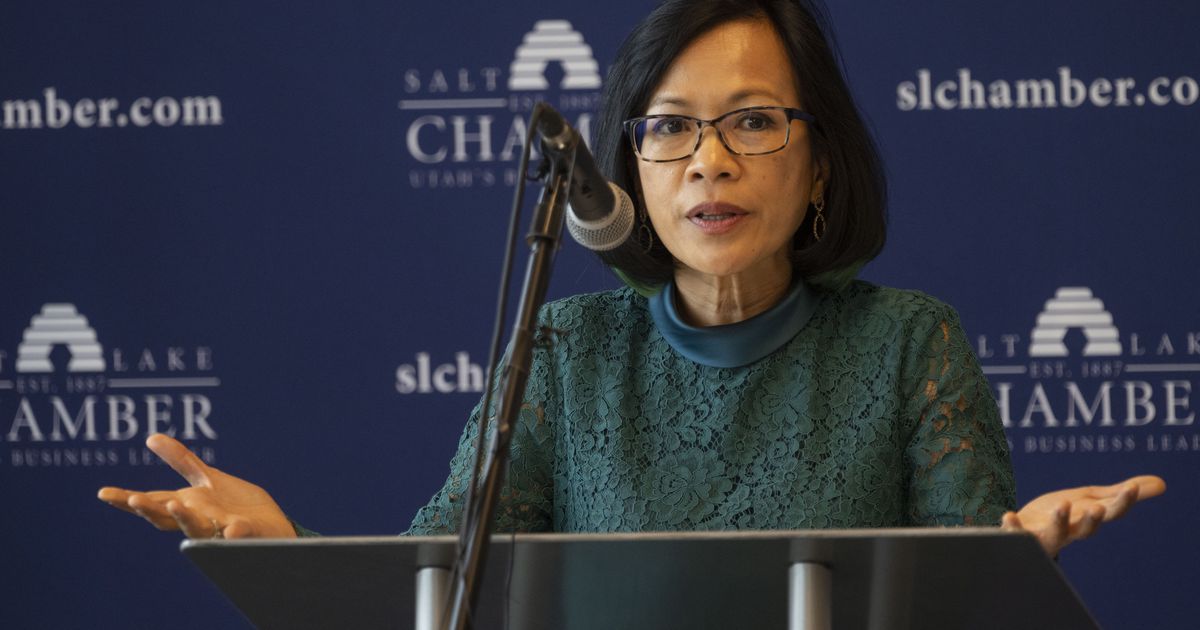 Executives are pushing a new “innovation” network to grow Utah’s economy. Here is what it will do.

Under the rubric of ‘innovation’ – the notion of combining invention and business know-how – executives announced a major economic campaign as some pandemic concerns begin to ease, focused on building a strong network of ‘experts, a shared vision and capital to better elevate startups and large companies as they emerge.

Utah’s economy continues to recover faster than other states from the damage inflicted by COVID-19, but officials believe this extra push could help even more.

The Salt Lake Chamber, several top Utah universities, and business leaders in some of the state’s fastest growing industries – such as biotechnology, aerospace, advanced manufacturing, and intelligence artificial – on Tuesday unveiled plans for what they call the Wasatch Innovation Network, after discussing it since the end of last year.

The idea of â€‹â€‹helping businesses innovate may seem obvious or loaded with buzzwords, but providing the right resources and the right economic conditions for startups and other businesses to grow faster is complicated, especially since the global competition for talented workers and investors is becoming increasingly intense.

â€œUtah cannot afford to remain silent in this race, especially given the capacity of our state and our global reach,â€ said CEO and Chamber President Derek Miller. With the new campaign, â€œwe will build a patchwork of individual successes in a web of prosperityâ€.

(Rick Egan | The Salt Lake Tribune) Derek Miller, President and CEO of the Salt Lake Chamber, speaks at the launch of the all-new Wasatch Innovation Network at a press conference on Tuesday, July 13, 2021.

The ultimate goals? Accelerate job growth with higher wages and attract more talent for the benefit of area residents. â€œNow is the time to connect it all along the Wasatch Front,â€ Miller said at a launch event held at 111 Main in downtown Salt Lake City to publicize the nascent effort.

This network of business mentors, venture capitalists, planners and lobbyists will reach sectors that otherwise would not exchange information, with what Miller called “side connections.”

He will refine how leaders think about innovation so that they agree on a vision to make Utah “a premier entrepreneurial ecosystem.” Members will seek to strengthen the private sector’s focus on new research and support. They will advise companies in the development of new products and services and then help them find financial support.

â€œMost startups fail, but there are the ones that are used to getting it right,â€ said Paul Ahlstrom, co-founder of TechBuzz News, a media outlet covering Utah’s tech industry. â€œAs a community, we can come together to help improve these results. “

â€œInnovation is at the heart of our economy,â€ added Ahlstrom. “It’s sort of innovate or die.”

Several donors noted that Utah was seeking to consolidate an already strong position to foster new business concepts and the fledgling companies that used them, noting the explosive two-decade growth of its tech sector, which now represents nearly ‘one in 7 jobs in the state and an estimated economic impact of $ 30 billion per year.

â€œUtah’s key differentiator is its public-private partnerships and dynamic pioneering spirit that not only established it as the crossroads of the West, but it is now attracting worldwide attention,â€ said Brandon. Fugal, president of Colliers International, a real estate company.

(Rick Egan | The Salt Lake Tribune) Derek Miller, President and CEO of Salt Lake Chamber, speaks at the launch of the all-new Wasatch Innovation Network at a press conference on Tuesday, July 13, 2021.

The experience of Silicon Slopes, as the state’s tech enclave is called, shows how crucial it is to create a pipeline of innovations that can fuel new businesses. To this end, the Wasatch Innovation Network will also promote the transfer and licensing of new technologies imagined in state university laboratories and boardrooms, while helping higher education continue to create future entrepreneurs of Utah.

â€œWe all have these wonderful words here, but let’s remember one thing,â€ said Astrid Tuminez, president of the University of Utah Valley in Orem, a network partner. â€œNone of this will happen without the right people, and we are training the right people in universities. “

Network members also pledge to lobby the state legislature and city governments to improve public and higher education in Utah as well as transportation of all kinds, as well as for tax incentives for companies and new tools to recruit talented workers.

At least 25 companies, organizations and government agencies have signed up as key partners in the Wasatch Innovation Network, including several other regional business groups on the Wasatch Front, some of the state’s largest developers, capital companies -risk and the University of Utah and Weber. State University.

Members said they also plan to promote innovation as a critical part of several major land developments currently taking place across the state. This includes the currently planned over 600 acre business and housing center at Point of the Mountain in Draper, known as The Point; the Tech Lake City effort in the Utah capital, to boost the health care industry; and the Falcon Hill Aerospace Research Park, a 550-acre defense-focused development at Hill Air Force Base near Clearfield.

Instead of operating in silos, Miller said, the business centers in each of these places will hopefully function together “as an incubation network for new ideas, solutions and technological jobs for our citizens in the future. “.

Supporters described the new network as “inclusive” and powered by volunteer mentors who “will serve, connect and share what is needed,” Ahlstrom added, “for the next generation of businesses to succeed.”