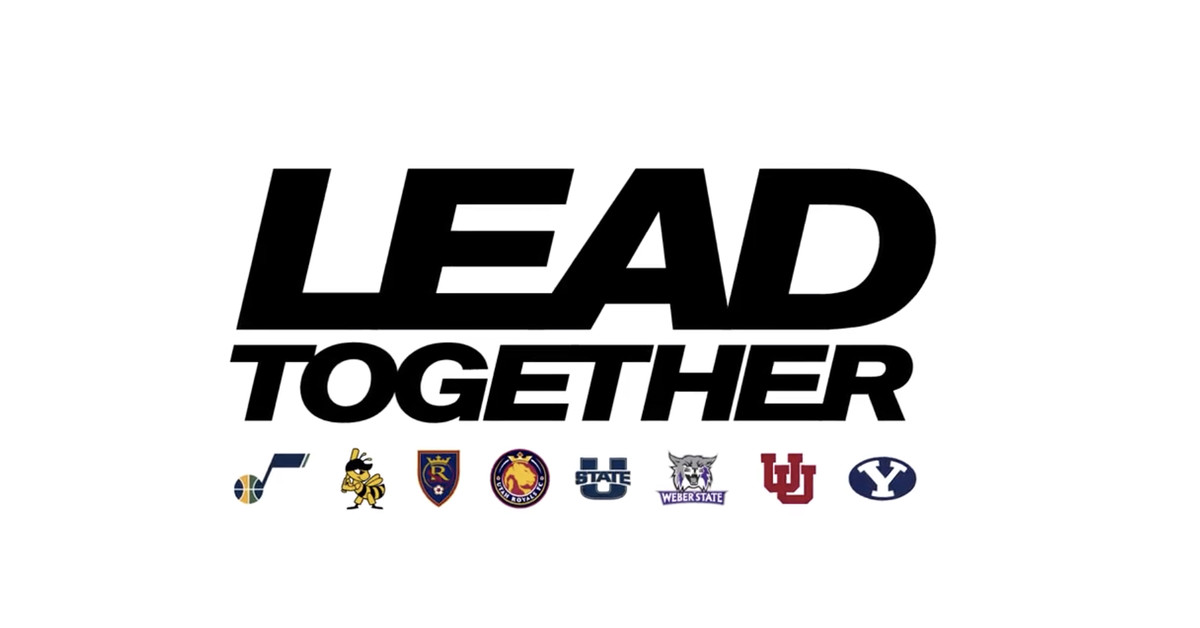 SALT LAKE CITY – This year alone there have been a number of incidents at sports venues in Utah involving inappropriate behavior by fans towards athletes.

Friday morning, a PSA video featuring 18 athletes and coaches in Beehive State as part of Utah Jazz’s launch of the “Lead Together” initiative, which aims to “cultivate and promote a community culture inclusion and belonging. “

â€œInside those lines it’s about winning, but some lines can never be crossed because no one wins when respect goes away,â€ the video begins, with different athletes and coaches appearing to be saying to short extracts. â€œWe need to take responsibility when the words we hear cause pain, anger and division. Pay attention to what you say. If you hear anything bad, offensive, or hateful, speak up.

This is our state. It starts here in our house. Opposing teams are not our enemies. They are our competitors. Defend our teams, but don’t defend racism, don’t defend hatred of any kind. We can change the game in a more positive, more inclusive, more empowering and just as powerful way. “

Jazz keeper Donovan Mitchell is then shown saying, â€œSo I’m taking the lead,â€ which is repeated by five other athletes, including three in other languages, after which Mitchell says, â€œand you can tooâ€ , after which the video says, “and fight discrimination and inequality and injustice and racism, because if we take all the lead together, hate lags behind.”

The Jazz announced that the video will be shown in gyms across the state.

â€œAnyone who walks through the doors of a sporting event, be it a fan, staff member, coach, player or guest, should expect courtesy, respect, decency and civility, “Jazz owner Gail Miller said in a press release announcing the initiative. â€œWe are united in our values, and we all come together as citizens of our communities and the state of Utah to make a clear statement about who and what we are. Words matter. Nobody wins when respect goes away.

Within minutes of the Jazz posting the video to Twitter, many people involved in athletics in Utah wrote posts on the social media platform endorsing it.

“Grateful to Utah Jazz” for taking the lead “for this extremely important initiative,” wrote BYU athletic director Tom Holmoe. â€œI love the state of Utah and BYU Athletics is proud to join the effort!â€

A message from the Utah High School Activities Association account read, â€œWe stand in solidarity with @utahjazz and other Utah sports organizations at #LeadTogether by cultivating a community culture of inclusion and belonging.

The ‘Lead Together’ initiative will be part of the Junior Jazz program’s message of sportsmanship, fair play and respect on the pitch, and the Jazz plans to host a series of town hall events. Let’s talk â€â€œ for community education and awareness about diversity, inclusion and belonging with concrete actions that can be taken by individuals and organizations.

As recently as Sunday, a Twitter user sent a rude direct message to Arizona State Sun Devils defensive back Evan Fields on Twitter after Fields was disqualified for targeting the Utes the day before. from Utah. After Fields’ mother posted a screenshot of the message on Twitter Thursday morning, Utes athletic director Mark Harlan posted an apology on Twitter in the afternoon.

Good and bad news in the WSU-Utah weather forecast

Two Utes chosen as Utah Sports People of the Year