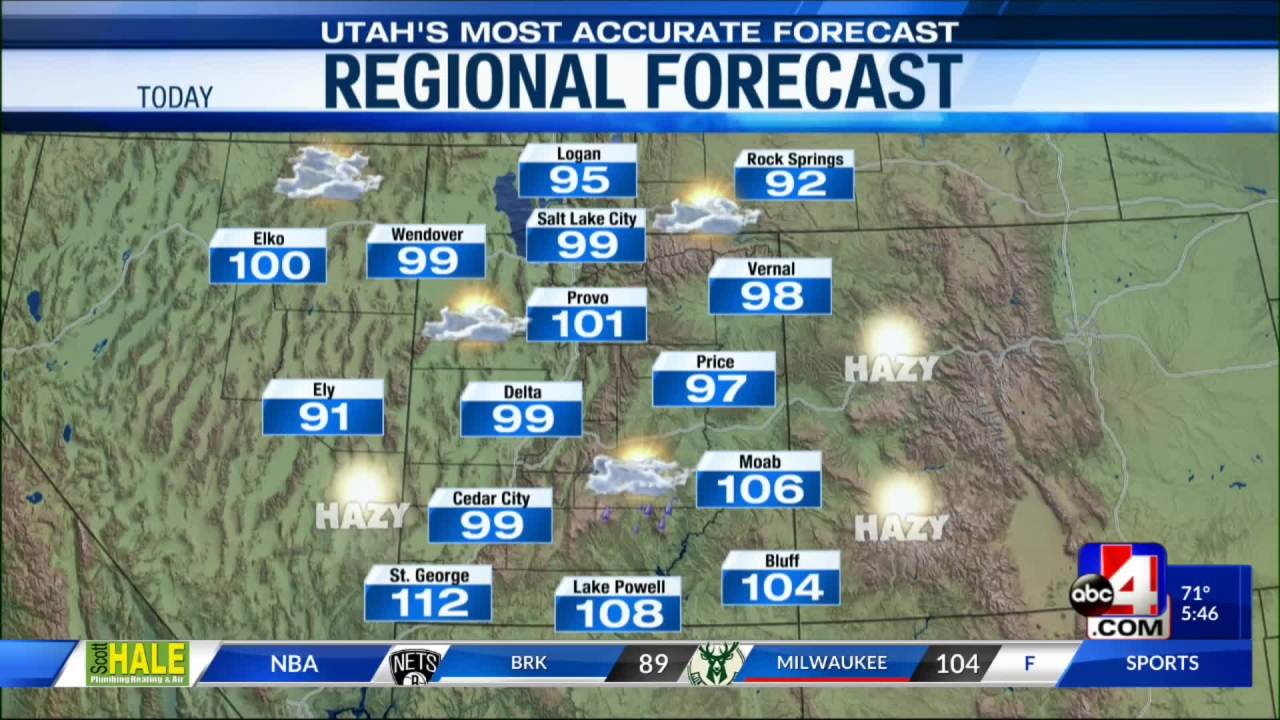 After a historic heat wave, we are closing the work week under a heat advisory along the Wasatch Front and the Western Desert and with an excessive heat warning continuing through midnight Friday for much of eastern Utah, with the exception of lower Washington County and St. George, which was extended through Sunday.

Today, the Wasatch Front will see temperatures soar into the upper 90s, with some places reaching triple digits.

Central Utah will see daytime highs climb in the 90s, with record heat possible again in southern Utah, with a high of 100 expected in St. George.

“Right here to save the dogs”: Woman intervenes after owners leave chained huskies in 100 degree heat

We saw an increase in clouds, and Friday brought partly cloudy to mostly cloudy skies mixed with foggy and smoky conditions.

Air quality is expected to have an impact, with unhealthy air for sensitive groups expected in Davis, Salt Lake and Utah counties.

Scattered afternoon thunderstorms are expected, especially over our higher grounds in south-central Utah, and while most can be dry thunderstorms, enough moisture may be in place to help promote a few smaller, wetter storms.

In addition to the potential for a dry storm, winds will also increase the fire danger. We are already extremely hot and dry, so isolated thunderstorms can cause lightning and gusts of wind.

Red flag warnings were also issued for much of central and southern Utah through Sunday evening. We’re getting some relief from the heat by the end of the weekend, but the above average temperatures are going to persist!

The Precise Weather Team is tracking all heat and fire threats throughout the weekend, both on air and online at abc4.com/weather. We are There4You.

Hot start of summer for Utah

What will Utah be like for Thanksgiving? You won’t have to worry.