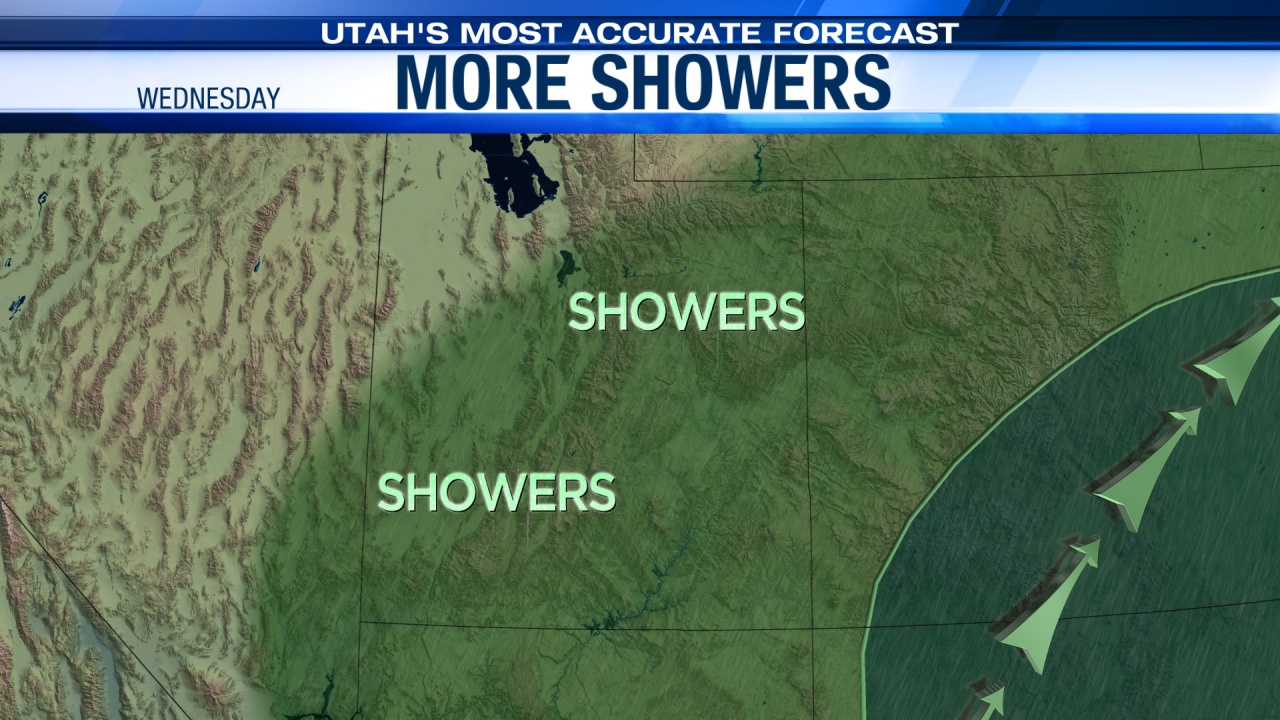 Heavy rainfall expected in parts of Utah on Wednesday

SALT LAKE CITY (ABC4) – We continue to expect showers to appear during the afternoon hours throughout Utah and the Great Basin as we still have plenty of humidity to work on.

As we saw yesterday, these storms can really bring rain, and today they could do the same again in parts of southern Utah. But that won’t be the only area to see showers as we expect to see storms over northern Utah.

Storms will move slowly, and under stronger cells this could produce heavy precipitation.

A great reminder is not to drive on flooded roads as it only takes about six inches of running water to wash a midsize sedan; as the saying goes “Turn around, don’t drown”.

Most areas will see significant cloud cover in the evening, but luckily when the sun goes down, so will the likelihood of thunderstorms and showers.

Temperatures will be a mix of 90’s and 80’s for the entire Great Basin with the hottest temperatures in northern Utah, eastern Nevada and southeastern Idaho thanks to the hovering thermal dome still around the US-CA border.

As storms sweep through the state, you can stay informed with the accurate weather team both live and online at abc4.com/weather. We are There4You!