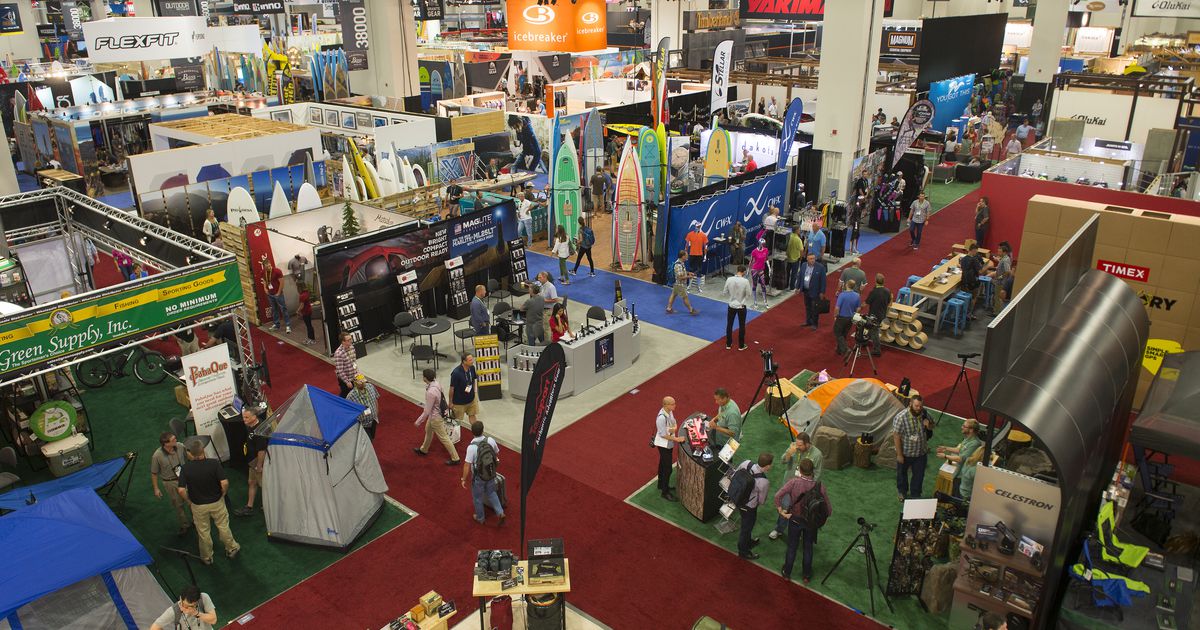 Outdoor retailers and tourism are Utah’s economy of the future, not fossil fuels and the reduction of national monuments

We will miss the Great Salt Lake much more than even the biggest trade show.

By the editorial board of the Salt Lake Tribune

If Utah‘s political class makes the changes that would be needed to win back the biannual Outdoor Retailer Show, the renewed annual economic impact of more than $40 million could be one of the smallest benefits we’d see.

Once again, filling downtown Salt Lake City with backpacks, kayaks, ski poles, and tent pegs would be nice. But finally, grasping the fact that protecting our state’s natural wonders can be—and, in the long run, must be—fully compatible with reviving our economy would pay us more than just money. It wouldn’t be an exaggeration to say that it would help save the world.

Governor Spencer Cox is among those trying to lure the big money show, which decamped from Salt Lake City to Denver in 2017, back to Utah. In a brief video presentation released in October, the governor pointed to the standard convention amenities of a rebuilt airport and a new downtown hotel, claims that are true enough, but not good enough.

Cox also made mention of his supposed desire to “establish sustainable ways to manage Bears Ears National Monument and other cherished public lands.”

This vague promise will not be enough. And Utah’s economic development gurus are kidding themselves if they think that would ever be the case.

It should have come as no surprise to anyone that we found out that even if the Emerald X show operators decide to bring the exhibit back to Utah as early as 2023, they will do so without the participation of giants such as Patagonia, REI and The North Face. These are the big dogs of The Conservation Alliance, a group of more than 270 companies who again made it clear on Monday that they still do not want to display their wares in a state – *cough* Utah *cough* – that has maintained its attack on the full restoration of Bears Ears and Grand Staircase-Escalante National Monuments.

Until Utah realizes that it is a public land state that should do nothing before its commitment to protect and preserve these commons, there is no reason for multinational corporations whose future depends on access to protected areas should want to have anything to do with a state openly hostile to their business plan.

The understanding the Conservation Alliance has, and the Utah political class does not, is that the future of everything, not just money, depends on new ways of seeing the world. Ways that involve a lot more preservation and a lot less drilling, mining and burning.

Also in recent days, we have learned that the mega-drought now gripping the American Southwest – largely due to human-caused climate change – is the worst in 1,200 years. Something that’s not so surprising to anyone who’s looked at the Great Salt Lake, Lake Powell, or the Colorado River lately.

Some of Utah’s legislative leaders were invited to burn some extra hydrocarbons by taking a ride in National Guard helicopters, getting a bird’s-eye view from Blackhawk of how the Great Salt Lake has been shrinking in recent years. Lawmakers seemed impressed. But not necessarily impressed enough to do anything other than, as Senate Speaker Stuart Adams put it, pray for snow.

Fast forward 25 years, and we can expect a repeat, only then will it fly down the I-15 corridor through brown air, above snail traffic and a hodgepodge of stone structures. decomposition who had not anticipated a population of 5 million citizens along the Wasatch front.

Utah is home to the most beautiful landscapes in the country and perhaps the world. Preserving and building infrastructure to sustain these gems for generations is the responsibility of Utah and the federal government.

The 2022 session of the Utah legislature has been fundamentally wasted, consumed by petty or counterproductive debates over access to the press, funding for private schools, and measuring the stature of transgender athletes.

But we could start planning a bold 2023 session now, one that begins to address our growth – air, water, transportation, housing, education – our future industries and jobs, and our changing population. Utah voters can reach out to their legislators and governor to share their wisdom on these and other topics.

If we don’t change our approach to respecting the natural world, we’ll miss the Great Salt Lake far more than we’ll ever miss the biggest trade show.