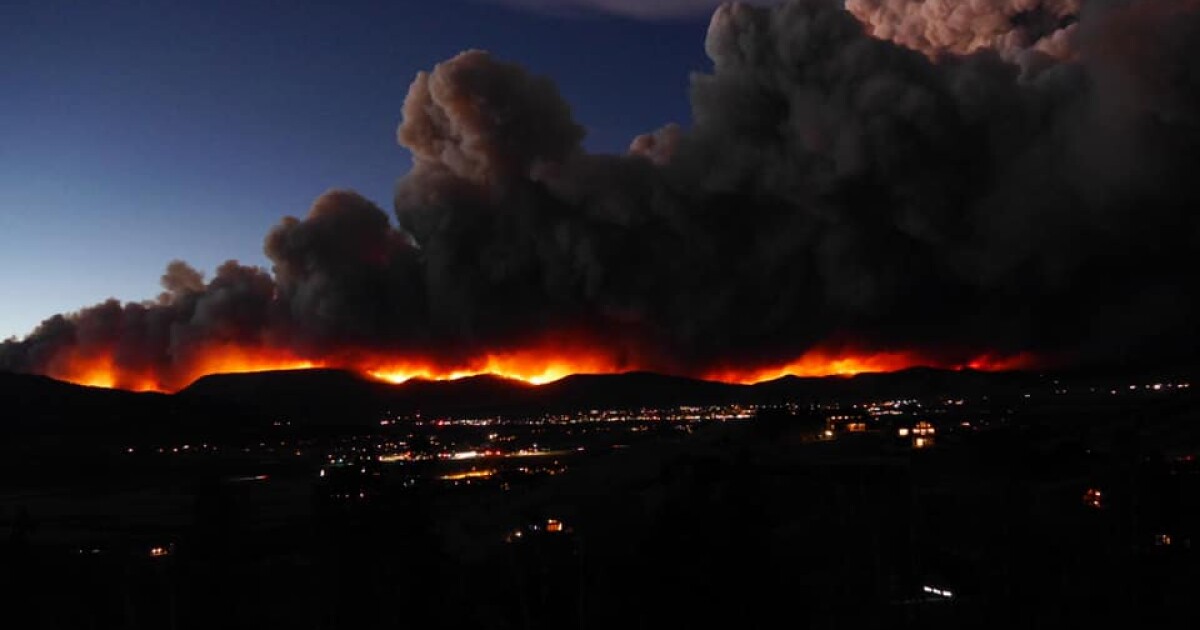 Colorado College released its 12th annual State of the Rockies Project Conservation in the West Poll, which polled 3,440 registered voters in Colorado, Arizona, Idaho, Montana, Nevada, New Mexico, Utah and Wyoming by phone and online over a 2 ½ week period. January period. In Colorado, 430 people were interviewed. The margin of error for the full survey is ±2.4%, while the margin of error for state-level data is ±4.8%.

Colorado residents were also the most likely (69%) to say they were concerned about extreme weather events exacerbated by climate change among the states surveyed. Seventy-four percent of Coloradans said they were also worried about the increase in extreme heat.

The poll also showed that respondents to the survey over the years increasingly believe that climate change is a serious issue that requires partial or immediate action. Pollsters saw a 22-point increase in the poll of respondents who were likely to say it’s a serious problem compared to the 2011 poll.

According to the poll, climate change is also causing Coloradans to change when and where they recreate outdoors. Fifty-eight percent said they changed due to overcrowding and an increase in people in the state, while 31% of Coloradans said they made these changes due to increased wildfires. and/or less snow or water.

Colorado was also the state where the largest share of respondents said they were concerned about the severity of the out-of-control wildfires. Ninety-eight percent of Coloradans said wildfires that threaten homes and properties are a serious problem here, with 76% of Coloradans surveyed saying they consider it an extremely or very serious problem. The poll was taken between Jan. 5 and Jan. 23, in the days and weeks following the Marshall Fire that destroyed nearly 1,110 homes and businesses in southeast Boulder County.

The National Oceanic and Atmospheric Administration this week released a detailed climate and weather breakdown of the conditions that caused the Marshall Fire to so quickly burn more than 6,000 acres of mostly residential and wildland urban interface land.

Eighty-eight percent of Colorado residents surveyed expressed concern about more frequent and severe wildfires, as officials now characterize “fire season” as a year-round event in the Colorado and throughout the West. Sixty-four percent of Colorado residents said they were “very concerned” about more frequent and severe fires. That compares to 52% in the eight Western states surveyed.

Seventy-seven percent of Colorado residents surveyed think wildfires in the West are a bigger problem than they were 10 years ago. And as the West experiences its worst drought conditions in at least 1,200 years, according to a new study, Coloradans are worried about drought and water levels in the state and in the Colorado River Basin, according to the survey.

The poll also found that among respondents in Colorado River Compact states, 81% prefer to practice more conservation and recycling, compared to 14% who prefer to divert more water to communities where the most people live.

When it comes to fossil fuel emissions, the main driver of global warming, 68% of Colorado residents surveyed would prefer to gradually transition to 100% renewable energy over the next 10 to 15 years.

“We are witnessing a perfect storm of threats that are driving higher-than-ever levels of concern about the state of our lands and waters in Colorado,” said Katrina Miller-Stevens, director of the State of the Rockies project. and Associate Professor at Colorado College. “Unsurprisingly, most Coloradans are aligning themselves with policies that would help mitigate threats by conserving and protecting more outdoor spaces.”

The poll was weighted to reflect the geographic distribution of voters in the West, with an oversampling of Black and Indigenous voters. It was led by Lori Weigel of New Bridge Strategy, a Republican firm, and Dave Metz of Fairbank, Maslin, Maullin, Metz & Associates, a Democratic firm. It was funded by the California-based Hewlett Foundation.

Outdoor retailers and tourism are Utah’s economy of the future, not fossil fuels and the reduction of national monuments