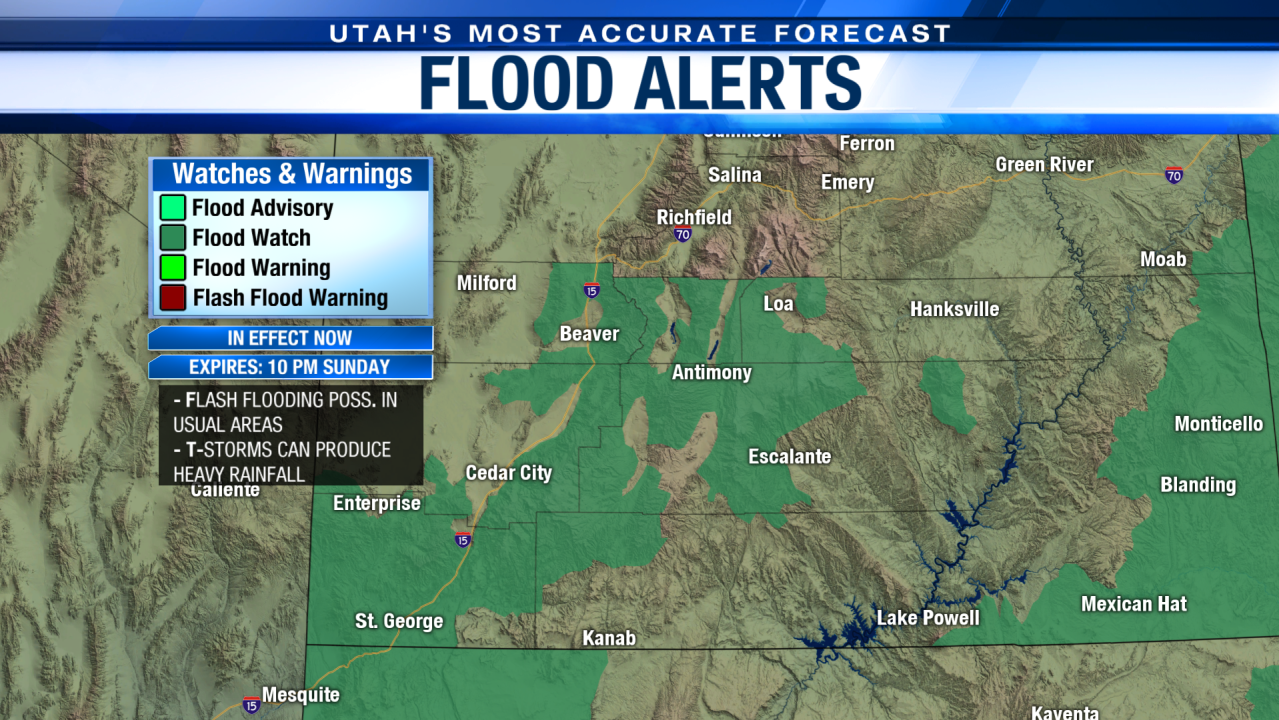 Smoke in Utah is expected Saturday, storms are possible

SALT LAKE CITY (ABC4) – Have a great Pioneer Day weekend! We’re heading into Pioneer Day with the heat, the risk of storms, the potential for flash floods and the smoky sky making a comeback for some!

There’s a lot going on in the weather world, so we’ll start with temperatures. Daytime highs will hit the 90s and 100s along the Wasatch Front with Salt Lake making a triple-digit run.

DROUGHT IN UTAH: Will the recent Utah storms dent the drought?

Increased cloud cover, thanks to the humidity of the monsoon, will bring slightly below average temperatures to southern Utah. High temperatures in Washington County and near Lake Powell will be in the mid to high 90s.

Storm potential will focus on central, southern and eastern Utah for the holidays, with monsoon humidity making its appearance more successful in south-central Utah on the most popular terrain. higher and strong and isolated cells in the valleys.

Storms are expected to create heavy downpours under some of the stronger cells. Our typical flooded areas will be of greatest concern today as storms will be slow and drop heavy rains in localized areas.

Flash flood watch was extended until 10 p.m. Sunday night for parts of southern Utah, including most of Washington County and the southeast corner of San Juan County.

The drier air that will impact the Wasatch Front is a result of a westerly and northwest flow, but it also brings smoke from the wildfires back into the beehive state.

Thicker smoke will permeate the state on Pioneer Day and linger throughout the holiday weekend, with the Environment Quality Department calling for ‘unhealthy air for sensitive groups‘ for several counties from northern Utah.

As we head into the holiday weekend, you can stay up to date with Utah’s most accurate predictions live and online. We are There4You!