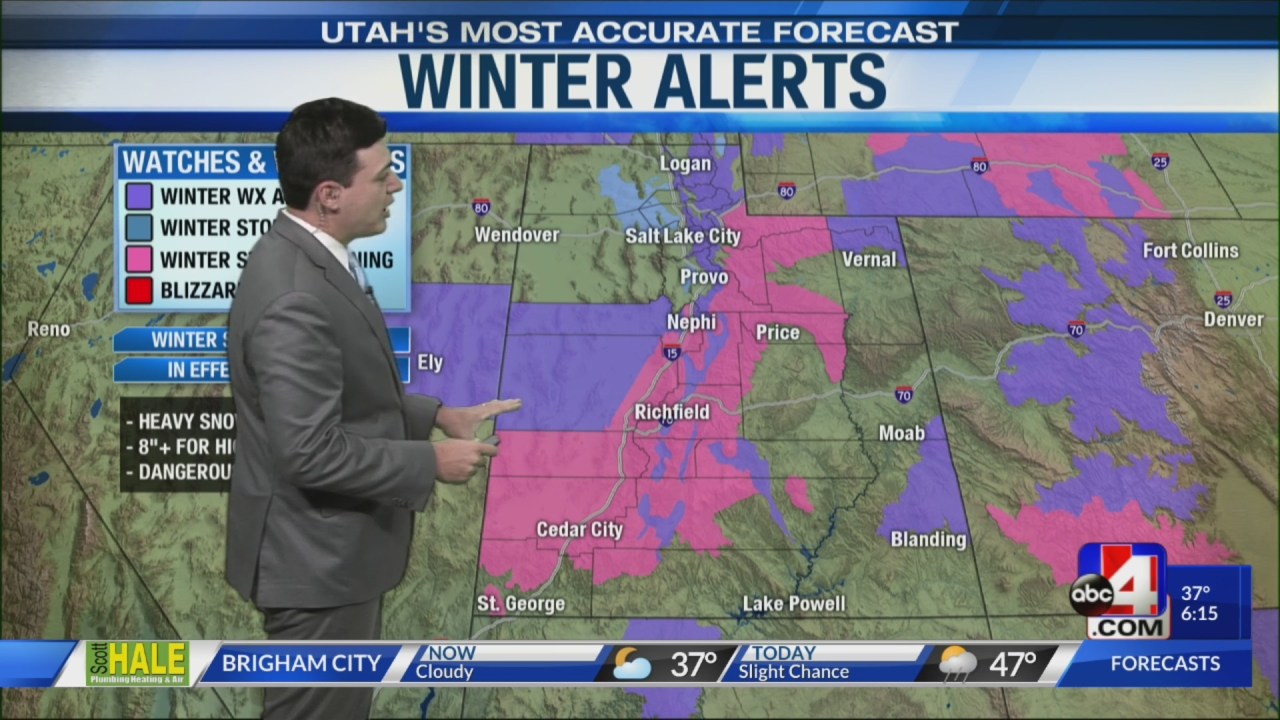 We see the coldest air of the season this evening, with an intense frost watch for the northern Wasatch front, the Tooele and Rush valleys, the Eastern Box Elder County, the Utah Valley, the Western Uinta Basin, Castle Country and Western Canyonlands. Frost will mark the end of the growing season with nightly lows falling to 28 degrees or below.

We also have a host of weather warnings in effect as an unusually cold fall storm for the season continues to usher in winter weather. This powerful storm system has triggered widespread rainfall and will impact the state until Wednesday morning. This storm triggered a “winter storm warning” for most of our mountains, along with a “winter weather advisory” for some higher elevations in the north, as well as in the central and southern valleys of Utah. The winter storm warning will remain in effect until 6 p.m. Tuesday and will affect the western Uintas, the central mountains, the southern mountains, parts of southwestern Utah and the eastern part of the counties of Juab. and Millard.

Winds will also be an issue starting Tuesday morning, particularly with gusty crosswinds expected on I-80, with a wind advisory coming into effect at 6 a.m. the way to the border between Idaho and Utah. Expect sustained cold northerly winds between 20-30mph with gusts of up to 50mph. The notice will expire at 3 p.m.

The latest news from the ABC4 weather team

In addition, from Tuesday evening to Wednesday, the humidity will start to come out, leaving just a small chance of humid weather for the middle of the week. However, another swift system will bolster the cold air for Thursday and bring with it another chance to see snow showers across the state. After Thursday the sun seems to come back as we follow a slow warming trend over the weekend.

To stay on top of our statewide weather changes, be sure to stick to Utah’s Most Accurate Forecast! We are There4You!