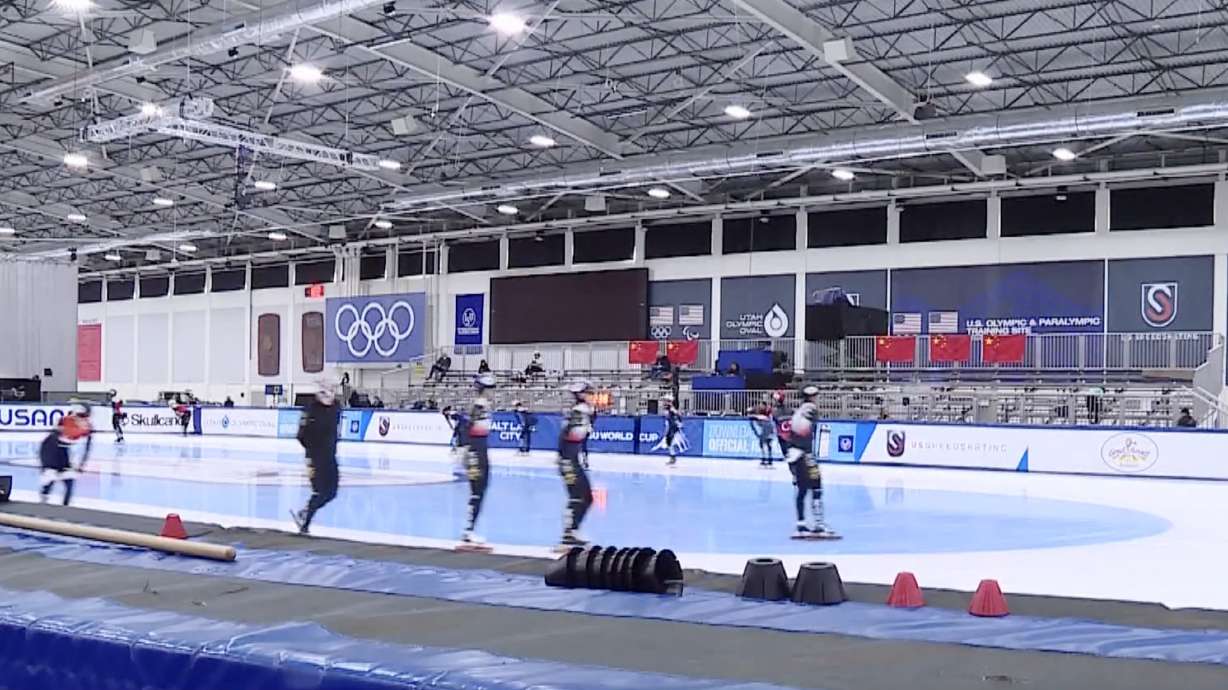 KEARNS — It might not be as popular in America as soccer or the World Series this weekend, but for Christy Coda, there’s nothing better than speed skating.

“It’s a highlight of the winter season. We’re looking forward to it,” Coda said. “We come to support the athletes. It’s amazing because they’re all world-class athletes in your backyard.”

She and her family have been coming to the Utah Olympic Oval in Kearns for years. Especially when there is a big competition like the International Short Track World Cup this weekend. The best skaters in the world are here.

“When you look at a world record set, it’s right in front of you. You’re part of the action,” Coda said.

What she really loves is when a Team USA skater who lives, trains and competes here makes the Olympics.

“You feel like you’re part of their journey, and when you see their celebrations, you can’t help but cry a little bit knowing that they’re so joyful too, and you’re celebrating with them,” Coda explained. . .

This competition is the last of more than 900 events held at Olympic venues in Salt Lake since the 2002 Winter Games. Every venue from 2002 is still in use and it is one of the main reasons Salt Lake City is online for the 2030 or 2034 Winter Olympics.

The International Olympic Committee will decide on the 2030 Games in September or October 2023.

“When the IOC or the international representatives come, they see that we do it. Not only do we do it, but we do it very well,” said Calum Clark of the Utah Olympic Legacy Foundation. “What we have here is really special.”

Coda wasn’t in Utah in 2002 but is looking forward to being here when the Games return.

“I hope so,” she said. “I’m going to root as hard as I can. I’ll do whatever it takes to get them here. I think it’s so special to have them here.”

That’s because for as popular as college football and NFL are in America, the Olympics are even bigger.

“These memories stay with you for the rest of your life,” Coda said.