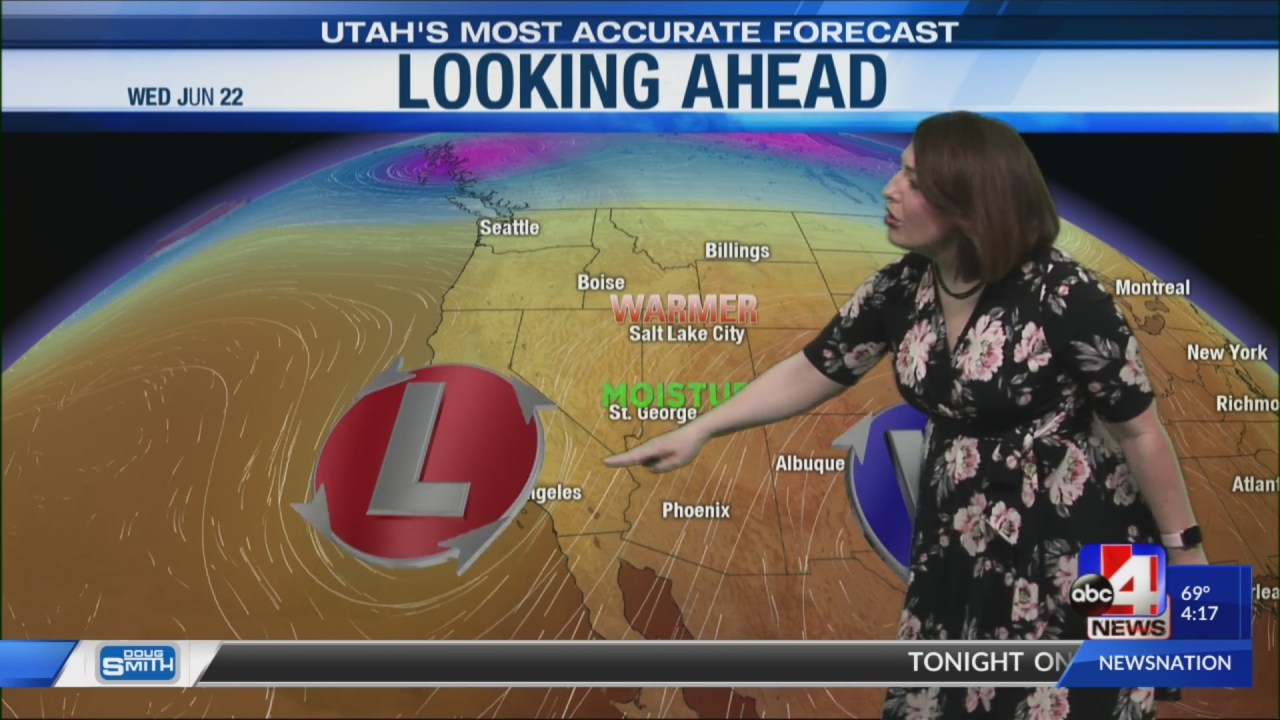 SALT LAKE CITY (ABC4) – Hey, Utah! Hope your week is off to a good start! After seeing scattered showers and storms (and even snow at high elevations) in northern Utah during the first half of the day, the chances of wet weather will end during the post-season. midday.

Skies will be mostly sunny to partly cloudy statewide and statewide, and the winds will be much calmer than what we had this weekend. There will still be a few spots, like in eastern Utah where you might see isolated gusts above 20-30 mph, but it won’t be widespread.

With calmer winds, blowing dust will no longer be the problem of the weekend and, more importantly, it will help fire crews begin to contain some fires like the Left Fork Fire near Bryce Canyon. Unfortunately, with the continuing drought in southern Utah, we always have to be aware of the risk.

On this last day of spring, temperatures will be below average in all areas, with northern Utah only seeing high 60s and 70s with 70s and 80s to the south. St. George will be the hot spot with only low 90s management. The system that helped bring us showers on Monday morning will come out leading to a sunny and warmer day for the first day of summer on Tuesday. Daytime highs will be within a few degrees of averages and winds will remain relatively calm.

Midweek and upper level low pressure will move into our southwest. It will remain nearly stationary for the remainder of the work week into the weekend, causing a prolonged extension of southern flow. This flow is expected to allow monsoon humidity to sweep through the state. On Wednesday we may start to see isolated showers and storms in southern Utah before this chance reaches northern Utah by Friday. Daytime highs at this time will be above average. Models hint that we could see humidity continuing to settle throughout the weekend, so keep your fingers crossed!

Anne, Reacher, Severance: The best TV shows of the year so far (and where you can watch them right now)