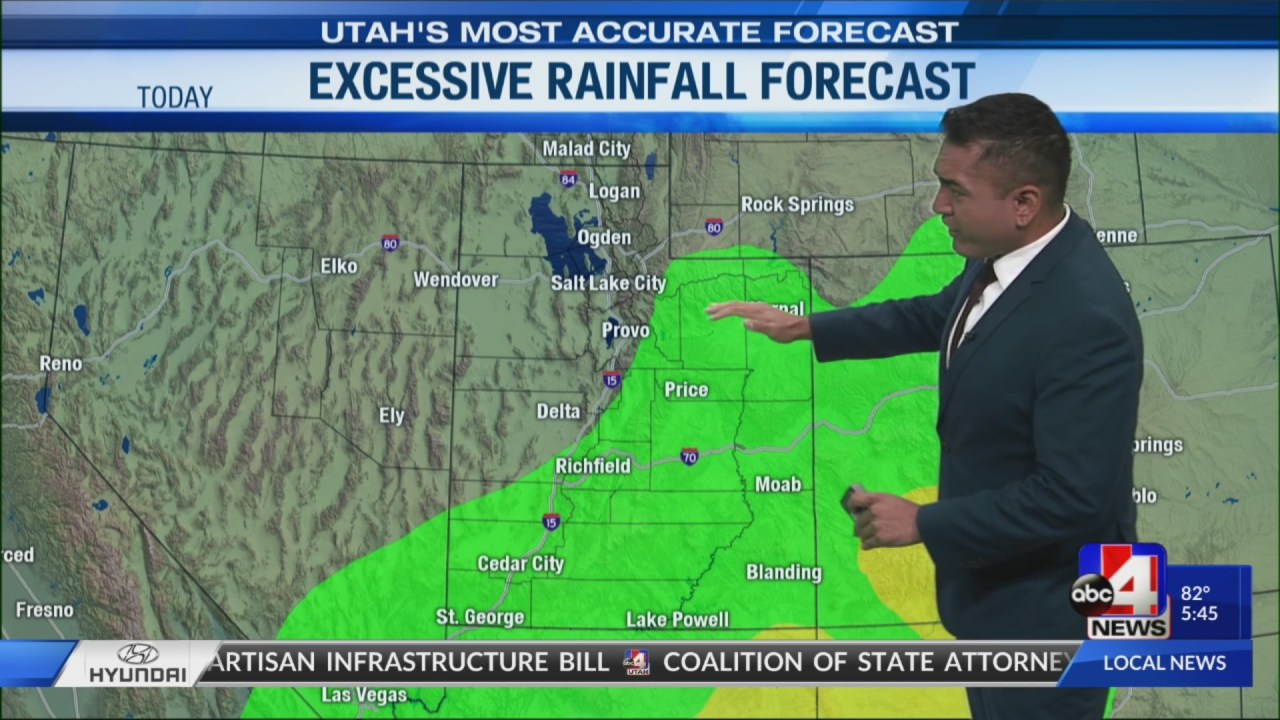 SALT LAKE CITY (ABC4) – Happy Thursday! We have a repeat of the storms today with possible scattered storms in central and southern Utah, with isolated storms and showers in the northern part of the state.

Our monsoon flow continues to channel moisture, and daytime heating helps some of these storms form, especially at higher elevations. Today’s storms can be severe with heavy showers, gusty winds, the potential for hail, thunder and heavy lightning.

The flash flood potential is increasing today with a â€œprobableâ€ risk expected in our national parks including Arches, Bryce Cayon, Capitol Reef and Zion. We saw late afternoon flash floods at Capitol Reef on Wednesday, so we know that storms in the area throughout the afternoon could increase that risk.

We are also facing hot temperatures thanks to the high pressure ridge over much of the west, so heat is also a problem! Expect upper 90s with partly cloudy skies along the Wasatch Front with temperatures reaching century in Salt Lake stopping at 100.

Another triple-digit day in Salt Lake would bring our summer tally to 18, which is close to the record of 21 set in 1994.

As with the rest of the state, daytime highs will be in the ’90s range across the state, with Moab, Lake Powell and St. George trying to hit triple digits, if cloud cover and storms bring it down. allow.

As storms evolve and weather warnings develop, you’ll want to stick to Utah‘s most accurate forecast live and online. We are There4You!

Will it be stormy in Utah on Wednesday?

Utah’s economy far ahead of the nation