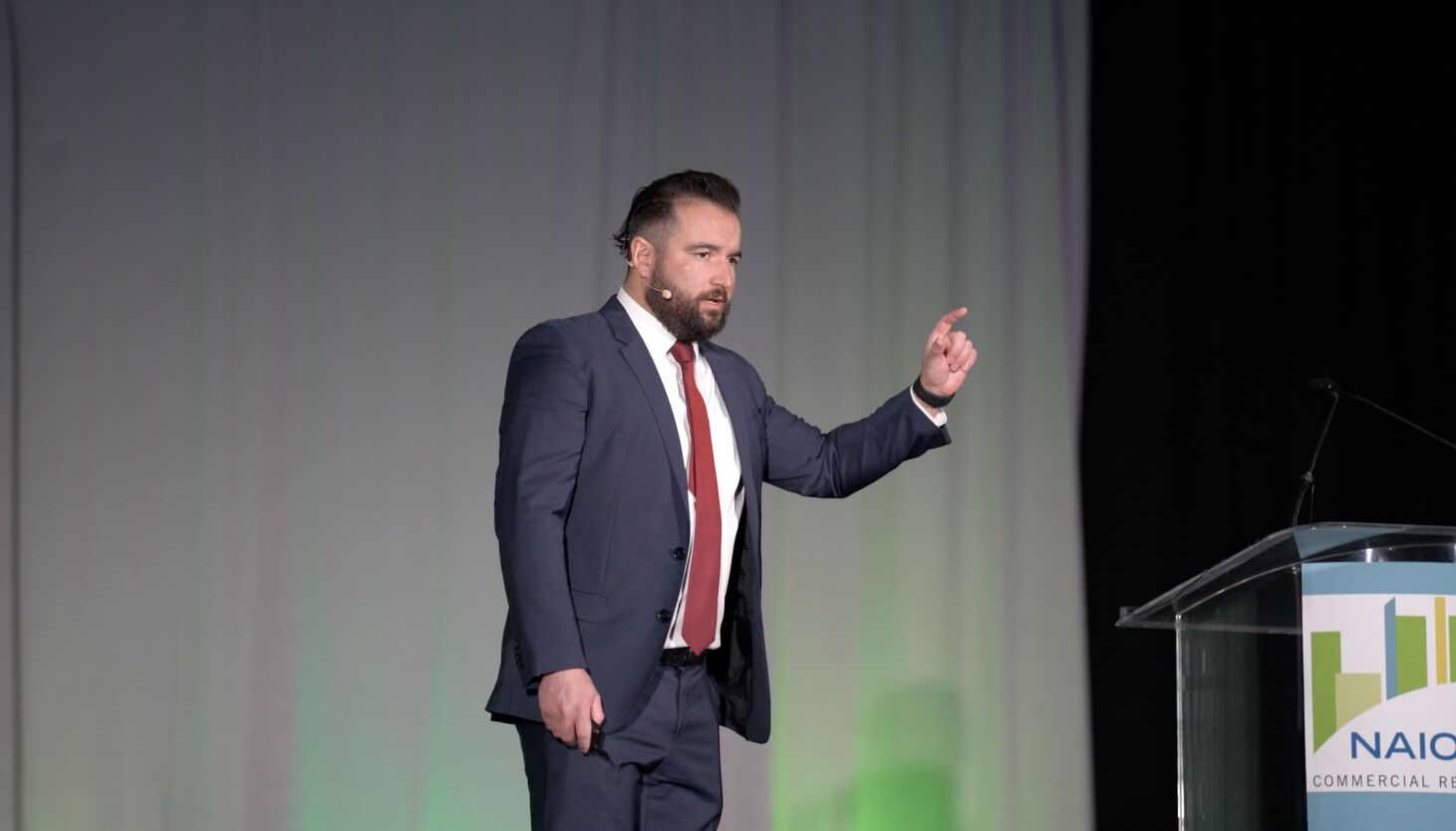 SALT LAKE CITY – Utah’s economic strength is fueling a booming commercial real estate market. For this expansion to continue, local businesses and city leaders will need to be determined in how they plan for growth in the months and years to come, said a real estate researcher.

“If we don’t proactively look to the future and take our eyes off the ball, we’re going to have a lot of the same growth issues as other markets, and it’s going to diminish our attractiveness and our quality of life, said Darin Mellott, research director for the Americas at CBRE – a global commercial real estate firm with offices in downtown Salt Lake City. He was the keynote speaker Thursday at the annual NAIOP Utah Commercial Real Estate Symposium.

NAIOP is a commercial real estate development association with members across North America. The half-day event was held at Vivint Smart Home Arena.

Mellott said planning for the future begins with training the local workforce to ensure the state invests in local talent. Next is ensuring that the Wasatch Front is equipped to accommodate the influx of new people and businesses that will populate the region.

“It’s also a matter of (building) infrastructure, which is extremely important,” he told an audience of nearly 700 people. “Now is the time to almost overinvest in infrastructure. You want to stay one step ahead.

He noted that the $4 billion Salt Lake City International Airport redevelopment project will be extremely important to the future of the region.

“The airport isn’t a big deal just because of the purpose it serves in our economy as infrastructure, but it’s going to change the perceptions of our community and that’s a really important thing,” did he declare.

Maintaining business friendliness and paying attention to the living, working and playing environment is also important for future growth, he added. Another problem will be the number of people as the state’s population continues to grow.

“Right now our demographics are actually pretty good, but the birth rates (in Utah) have fallen below replacement, so 20 years from now we’re really going to have a problem,” Mellott said. . “That’s why I say we have to think proactively about the future, and not just let things happen to us.”

Citing California as an example of poor planning, he noted that for every five new households, only one home has been built in the state in recent years.

“So you mean housing affordability? It’s a supply problem there. And why is it a supply problem? Because you have a lot of regulations and a lot of communities that haven’t zoned properly,” he explained. “So now LA is trying to zone for higher densities and height around transit stops and things like that. Well, we can be ahead of the curve.

“We can think about these things proactively so that we grow in an inclusive way and people can thrive in the community and live comfortably regardless of income,” Mellott said.

He said the state’s low unemployment rate is impacting the commercial real estate industry’s ability to reach full capacity, primarily due to a shortage of skilled construction talent.

“When we talk about talent, we often think of the people who are going to walk in and code in a building in Silicon Slopes,” he explained. “It also goes to secondary training and making sure we have enough electricians and other (skills) like that.

“So when I talk about investing in education and in our workforce, that extends to those industries as well,” he added. The lack of trained talent is already having an effect on construction costs for developing projects in northern Utah, he noted.

“Prices start going up, the market is working, you don’t have enough bodies to build a building, well they’re going to go to the highest (bid) price,” Mellott said. In the short term, costs will increase and some delays could occur due to labor shortages, but thoughtful planning can help alleviate some of the long-term challenges, he added.

“I don’t see anything that’s really going to move the needle one way or another dramatically right now. But now it’s more expensive to build a building today than it was in 2010. There is no doubt about it,” he said.

“It has a lot to do with the economy having been in expansion mode for some time. You have little labor; you have higher material costs – all of those things contribute to that. But Overall, I think next year is a pretty good year for real estate.

Utah sports wouldn’t be the same without these three men