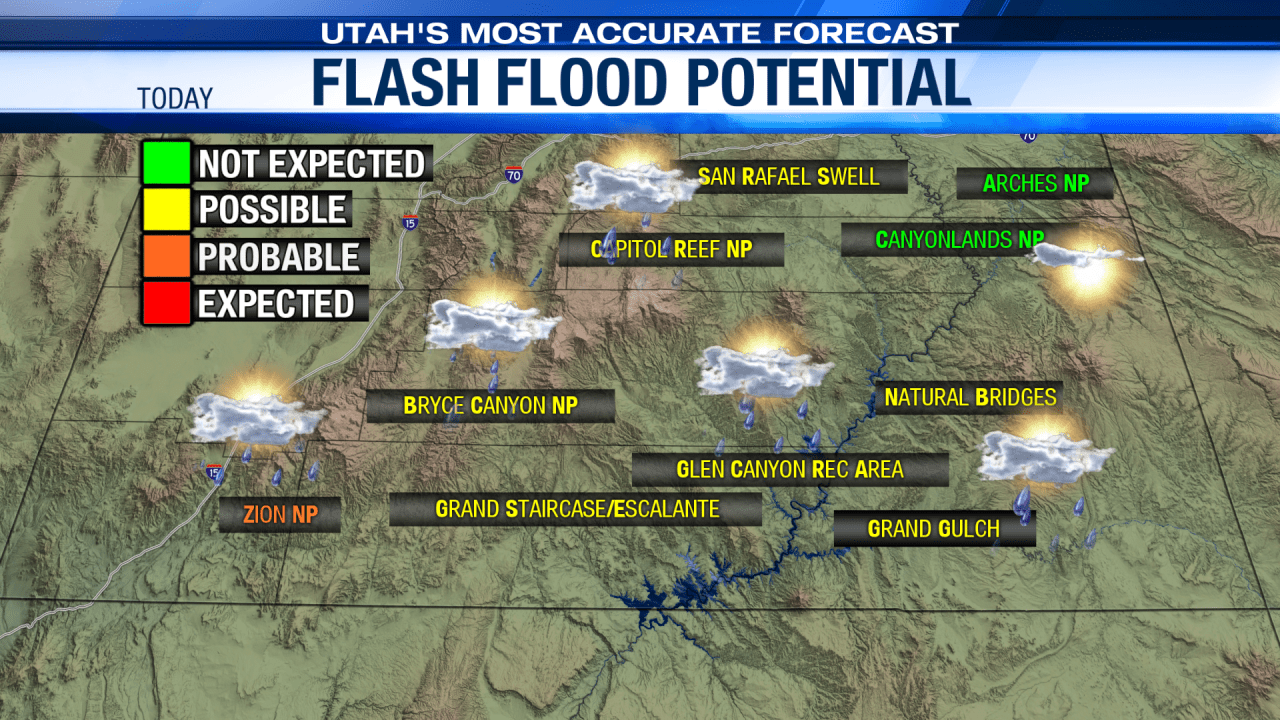 SALT LAKE CITY (ABC4) – Happy Sunday everyone! As we wind down the weekend, the return of storms and showers continues to grow in southern Utah, where some areas could once again see the possibility of flash flooding.

Storms start appearing during the afternoon hours and can drop a significant amount of rain on the same area as they will be slow moving. Being in or near slot canyons, dry washes and small streams in the afternoon is not recommended.

For northern Utah and the Wasatch Front, expect to see some clouds but no real threat of rain except for some mountainous areas. Thanks to the high pressure system stationed over western Colorado, you will feel the heat again.

Highs are expected to range from the mid-90s to the lowest three digits in the entire Great Basin. Lows will be comfortable again, mostly going into the 60s and 70s.

In short, storms will begin to appear during the afternoon in southern Utah, which could be dangerous in areas prone to flash flooding.

You can stay ahead of the weather with Utah’s most accurate live, online forecast. We are There4You!

Will it be stormy in Utah on Wednesday?