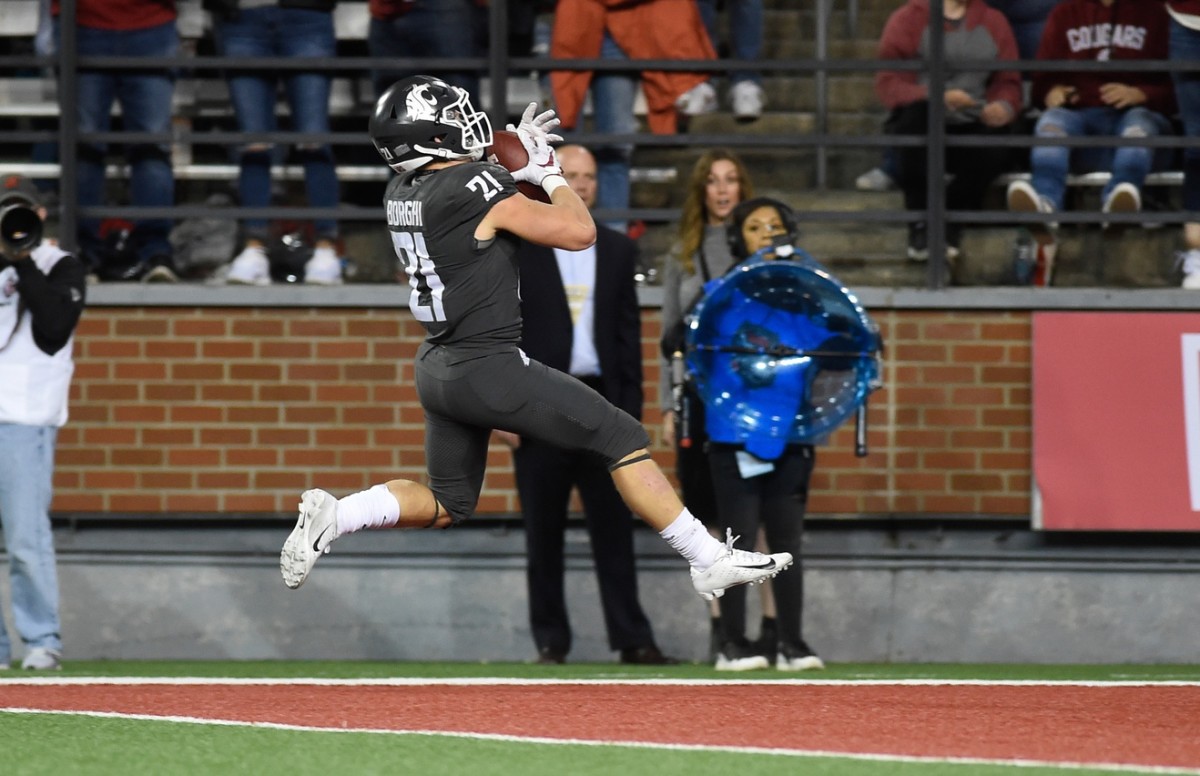 Washington state’s new look could be a test for Utah

When Nick Rolovich took over as Washington state head coach last January, he wanted to bring a sense of stability to a program that had only seen four winning seasons in its last eight.

So, switching from former head coach Mike Leach’s ‘Air Raid’ offense to the ‘Run and Shoot’ offense he perfected in Hawaii was seen as a great way to leverage player skills. already enrolled in the program.

Unfortunately for Rolovich – and the rest of college football – the COVID-19 pandemic has made it extremely difficult to access the pitch for spring, summer and fall camps. This added to the complications for the Cougars, as Rolovich’s offensive system is complex, not only in terms of terminology, but also in intelligence and communication.

SEASON OUTLOOK
Don’t get me wrong, the Cougars may only have one brace this season, but they are extremely well rested and highly motivated to hit .500 in Rolovich’s first season at the helm. Not only has Rolovich arrived with new staff, Cougars star running back Max Borghi is yet to play this season due to a back injury sustained during fall camp.

The Cougars started the season with a 38-28 victory over Oregon State. After the Beavers had a one-run game late in the fourth quarter, Washington State responded with a touchdown 10 seconds later to secure the victory. It was the first game of Laura’s quarterback Jayden’s career and it showed the kind of improvisational skills that many believe could make the Cougars dangerous.

But then Washington State suffered a string of bad luck that lasted the remainder of the season.

The Cougars led Oregon 19-7 late in the second quarter before the Ducks scored a touchdown with: 03 left on the clock, setting Oregon on fire to beat Washington State 36-10 the rest of the way .

But then a COVID-19 outbreak hit the team, forcing them to miss games against Stanford and Washington. However, they returned to the game two weeks ago and were quickly beaten 38-13 by the No.15 USC, trailing 35-0 midway through the second quarter.

The Cougars were scheduled to resume play last weekend, even taking the field for pre-game warm-ups before a positive test from Cal forced a cancellation.

OFFENSE
The offense, which averages 26.7 points per game, has shown moments of domination and moments of loss.

This top-down game is best viewed by de Laura, whose inconsistent nature leaves opponents unsure of what he’s capable of. He completed 60.4% of his passes for 682 yards and four scores, while adding 37 rushing yards and a touchdown.

As usual, the Cougars have a pair of dominant receivers in Renard Bell and Travell Harris, as they comb themselves to account for more than three-quarters of the Cougars’ overall output in the passing game. Running back Deon McIntosh played well in his first season with a majority of representatives, averaging 101.3 yards per game (5th in the conference).

One thing Utah needs to consider is the expected return of running back Max Borghi, one of the most talented players in the country. Borghi ran for 817 yards (6.4 yards per carry) and 11 touchdowns on 127 carries last season, adding 86 more catches for 597 yards and five scores.

He’s absolutely dynamic with the ball in his hands and instantly changes the game as soon as he steps onto the pitch. With Borghi in the lineup, the Cougars become much more balanced on offense and even harder to defend.

DEFENSE
While Washington State’s offense has been middling throughout the game this season, the defense has seen its fair share of struggles.

The Cougars are currently second to last in the Pac-12 in scoring defense (36.3 points per game) and total yards allowed (439.7). The pass defense is the wear they struggle the most, allowing the worst 307.7 yards per game in the conference – not a good number given that two of their three opponents this season are respectively fourth and fifth in rushing yards per game.

However, Washington State is doing a good job on defense, giving up just 132.0 yards per game, second-best to the Utes in the conference standings. They do a decent job of getting into the backfield as they average 2.67 sacks and 6.0 tackles for loss per game, numbers that rank third and fifth in the conference.

Want to share opinions or ask questions? We want to hear them! Creating a profile is free and setup only takes about 1 minute. Also, be sure to like us on social media for future coverage: